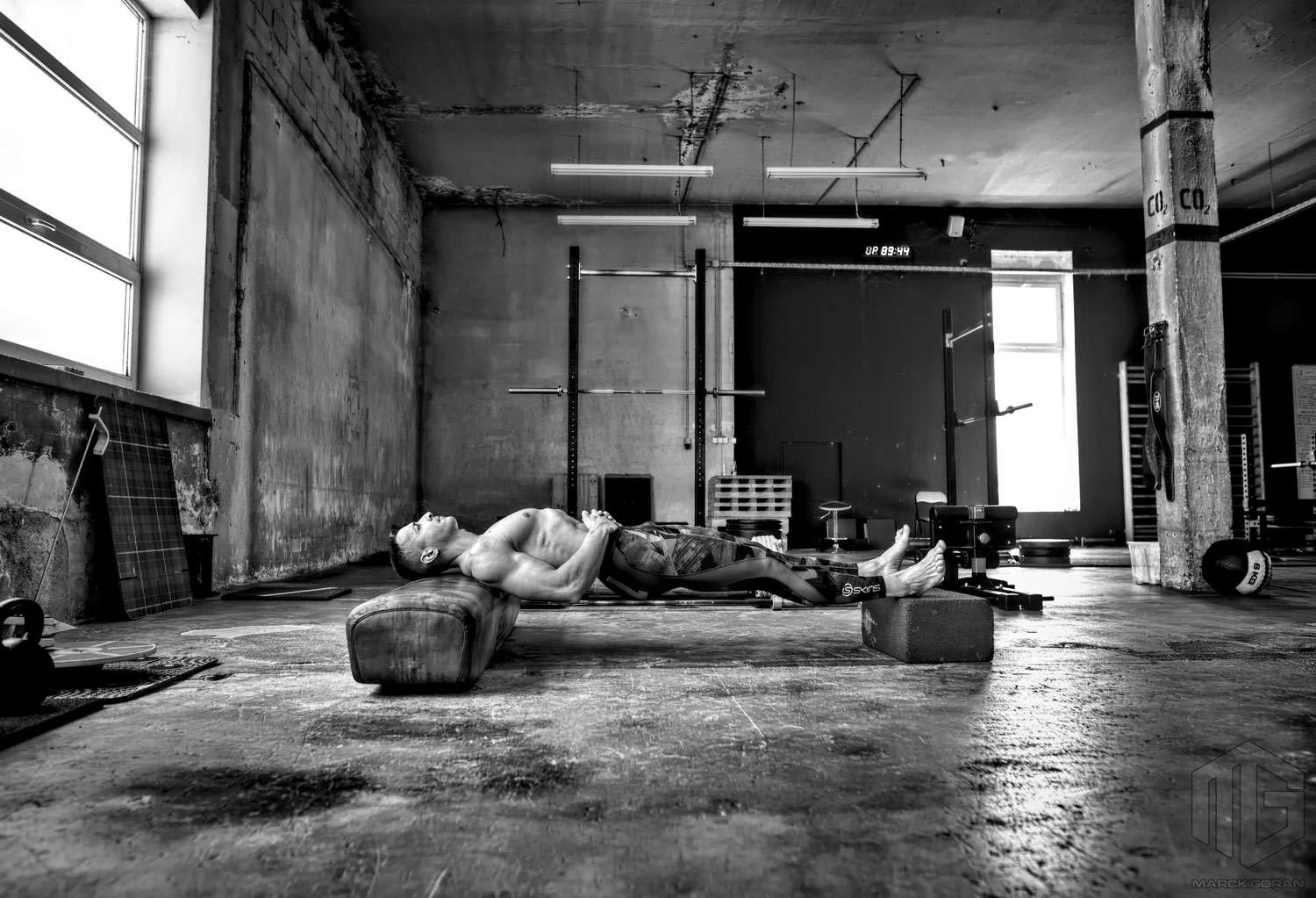 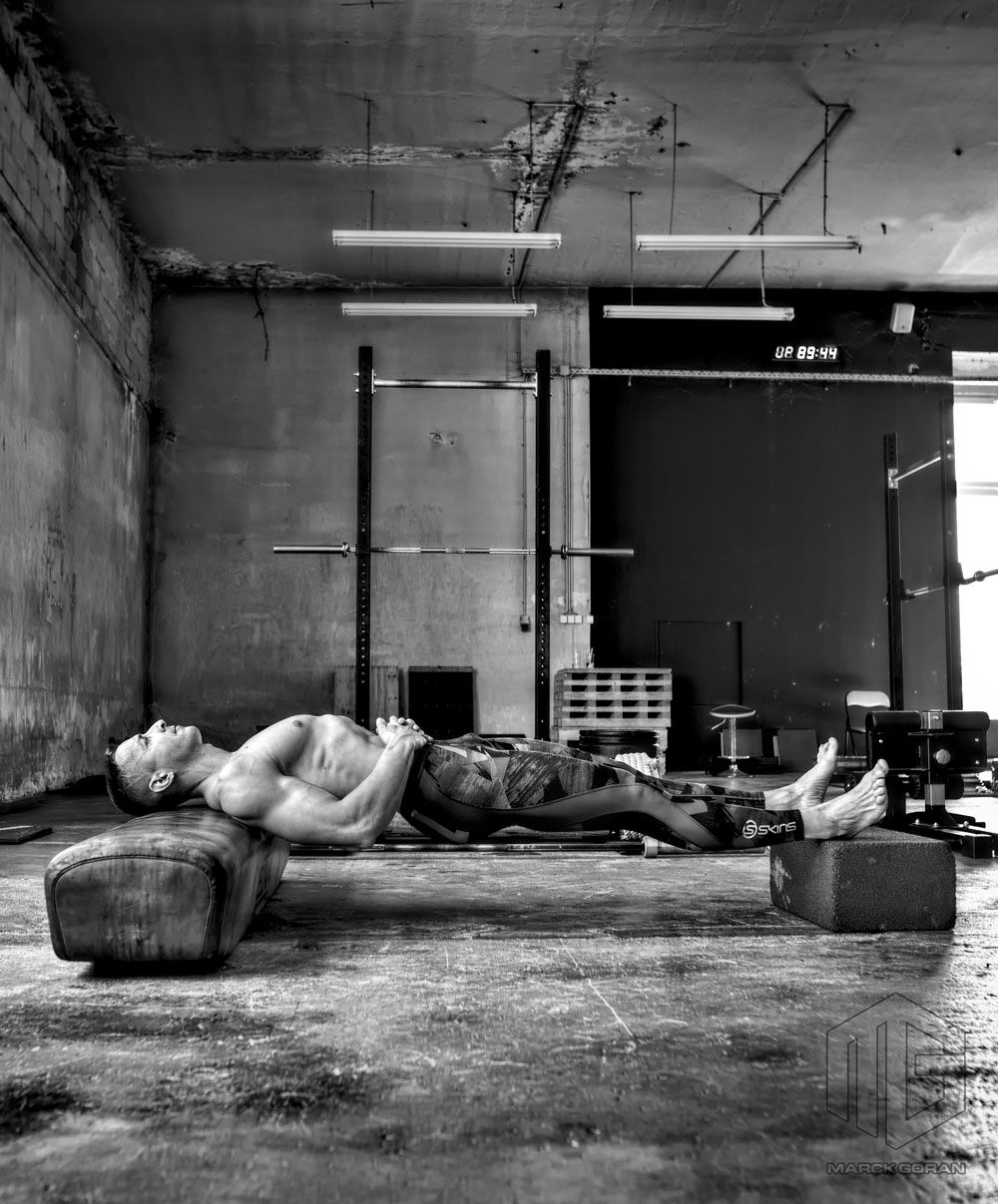 How long can you hold a Chinese plank? No skill and no technique needed for this either with bonus that you can almost certainly try this at home with hardly any risk.

Everyone should be able to hold at least close to a minute and a half. I am not for example expecting of you a Shaolin monk like ability who can easily hold this position while meditating. They do it for other reasons probably but for modern human its really hard to find a more simple — yet useful — exercise to strengthen your lower back without moving and just holding still. It doesn’t work just your lower back, expect to feel a notable burning sensation in hamstrings and your butt as well. What’s great about this exercise is that even if you are really bad when you first try it, big improvements are possible in short time. 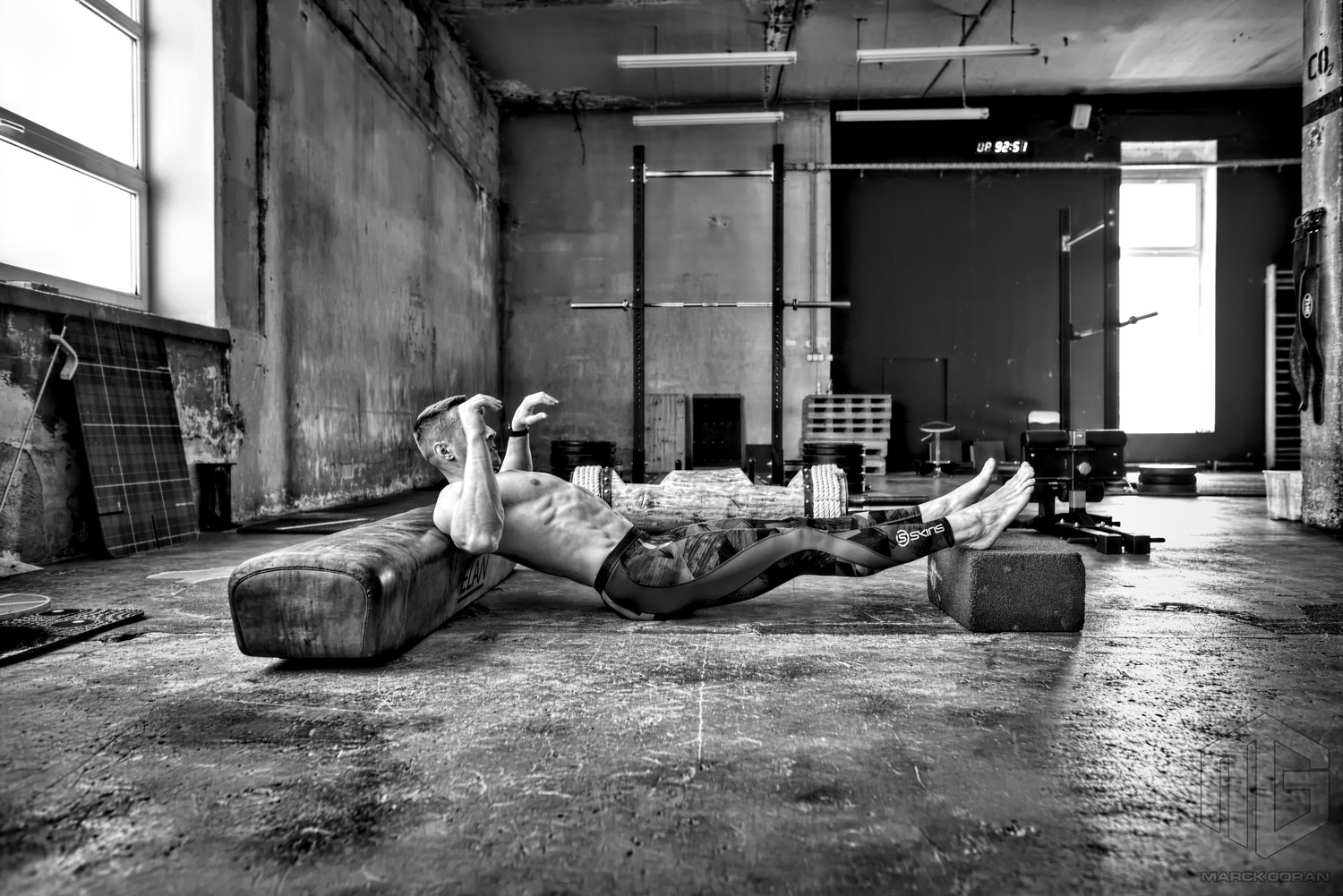 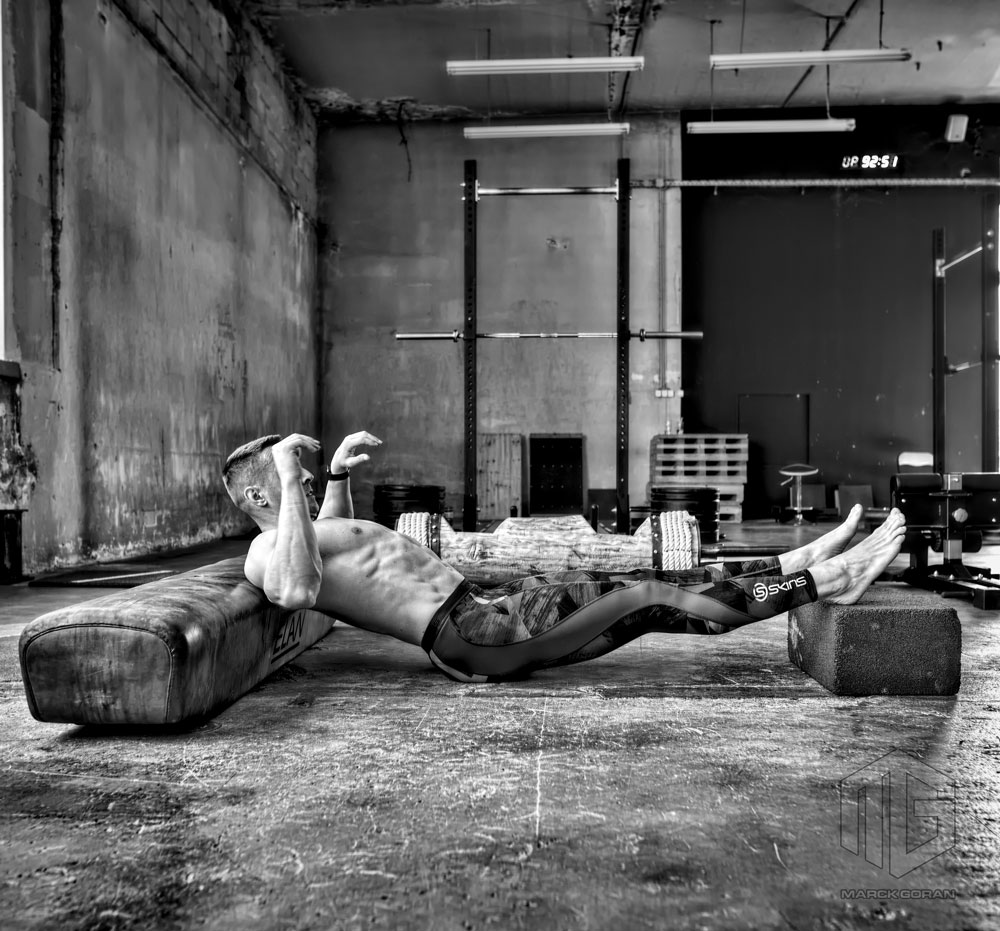 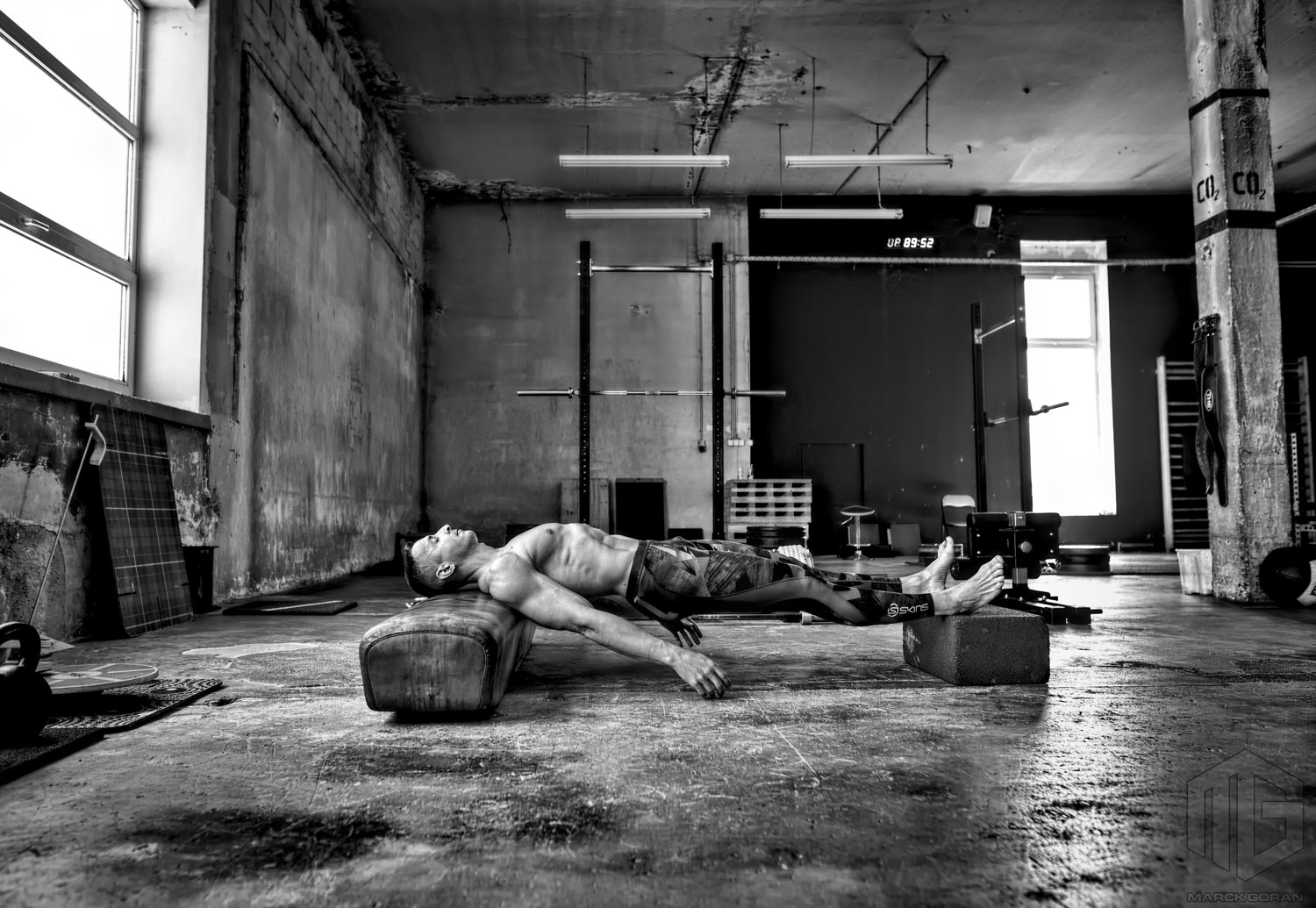 if you prefer, your arms can also be extended and relaxed as shown

Backwards evolution almost certainly hit you to some degree, unless you are crawling back under the rock everyday and try to remain a functional Homo sapiens. Seriously though, so many people struggle daily with back pain issues, lower back area being particularly problematic. Chinese plank can be one of the safer exercises to try and start strengthening your posterior chain.

how much did they pay • for those elbow planks?

They would almost certainly need to pay me something. I will be completely honest here and speak my mind. Of course I have no intent to offend those who believe in elbow plank — but — I really really dislike elbow plank exercise because I just don’t like to wasting time during my workouts. I imagine some use cases are valid but I don’t recall any need to resort — while coaching — to an elbow plank in more than a decade, probably even two decades.

Allow me to elaborate my dislike of elbow plank. It's because it's such an easy exercise that even those who never lifted a finger in their life — if you paid them enough — would be able to hold a minimum of 60 seconds, probably double or even much longer if you promised to pay them good money.

My point being, I see it as an exercise for those that do nothing and not worthy of those who do something. Even those who practice sport at low recreational level are able to hold an elbow plank for 10min — I didn’t say they want to hold it or that they ever did, I said they are able to — if say an interesting bet or some evil drill master would turn up to motivate them. Nothing similar is possible even with something as simple as a wall handstand or one arm hang as they are physically too demanding for anyone to be saved purely by the power of will in the absence of actual strength. I will not even go into extremely poor form by 99% of all who are holding elbow planks.

That being said, I am by no means trying to devalue crazy feats of endurance and mental strength needed to set those hours long elbow plank records but I find it hard to imagine a more boring exercise goal. Surely we can argue that even staring at the ceiling is more fun than staring at the floor?

Still not convinced? Then imagine you decide to work up to say 20min elbow plank because you don’t mind staring 20min at the floor — or maybe — opt for a high intensity circuit containing 10 different exercises, each lasting 2min or maybe just 60sec each. What do you think delivers a better workout and has potential for superior overall fitness benefits? Hey but if you love your elbow plank then power to you, don’t let me discourage you any longer and sincerely all the best to you.

In my opinion Chinese plank has a potential to solve a very annoying lower back problem in as risk free fashion as it gets. Lower back problems are a very common issue for those who don’t train. They can occur from different reasons also for those who train regularly. Even with the smartest training approach — Murphy’s law can strike you — shit can happen for various reasons out of your control. It happened to me as well 2-3 times with some years in between. Each of those times I saw this as an opportunity to learn why, acknowledge my weak links, rebuild and strengthen everything necessary. Coincidentally at one of those times I stumbled upon

says he injured his back, got two herniated disks when he was 19 years old — next year though — he won an Olympic gold medal in a record setting fashion. He firmly believes Chinese plank specifically was detrimental to completely fix his herniated back issue. Obviously he did much more than just that exercise but he proposes to do this exercise 3-4 times a day if you have back pain and only once a day for injury prevention. He says there is no need for holds longer than 5min.

Weightlifters in general are very particular when it comes to daily exercises. They believe certain exercises will shield them from potential back injuries or heal them while injured. For some reason I was always more interested in researching athletes coming from the East and from former U.S.S.R. countries, probably because I found their training methods more relatable to how I like to train. All high level weightlifters athletes I follow/ed or ever had a chance to talk to in real life basically swear by ghd back extensions with a weighted barbell. They see this as one of the most important warmup as well as cool down exercises — to the point that many are almost superstitious they will get injured if they forget to do it.

Sometimes one needs to be very careful how to move or even not to move. Still to fix the problem you need to find a way to strengthen a weak area like a lower back. For such purpose Chinese plank is definitely worth considering as one of — gentle start — alternatives with short holds that you can easily build up to a few minutes. We can argue if this exercise is in fact as magical as Aramnau claimed but we can’t argue what he lifted after his injury. It was Aramnau’s fault I started examining and testing the value of Chinese plank, which with time became one of my safe go-to exercises for lower back issues.

As always let’s examine those rare valid reasons when you maybe can’t at this time do this exercise safely. Valid reasons being absent yet you still feeling an excuse against exists, you are kindly invited to read my take on common reasons & excuses.

why you can’t–shouldn’t do a Chinese plank 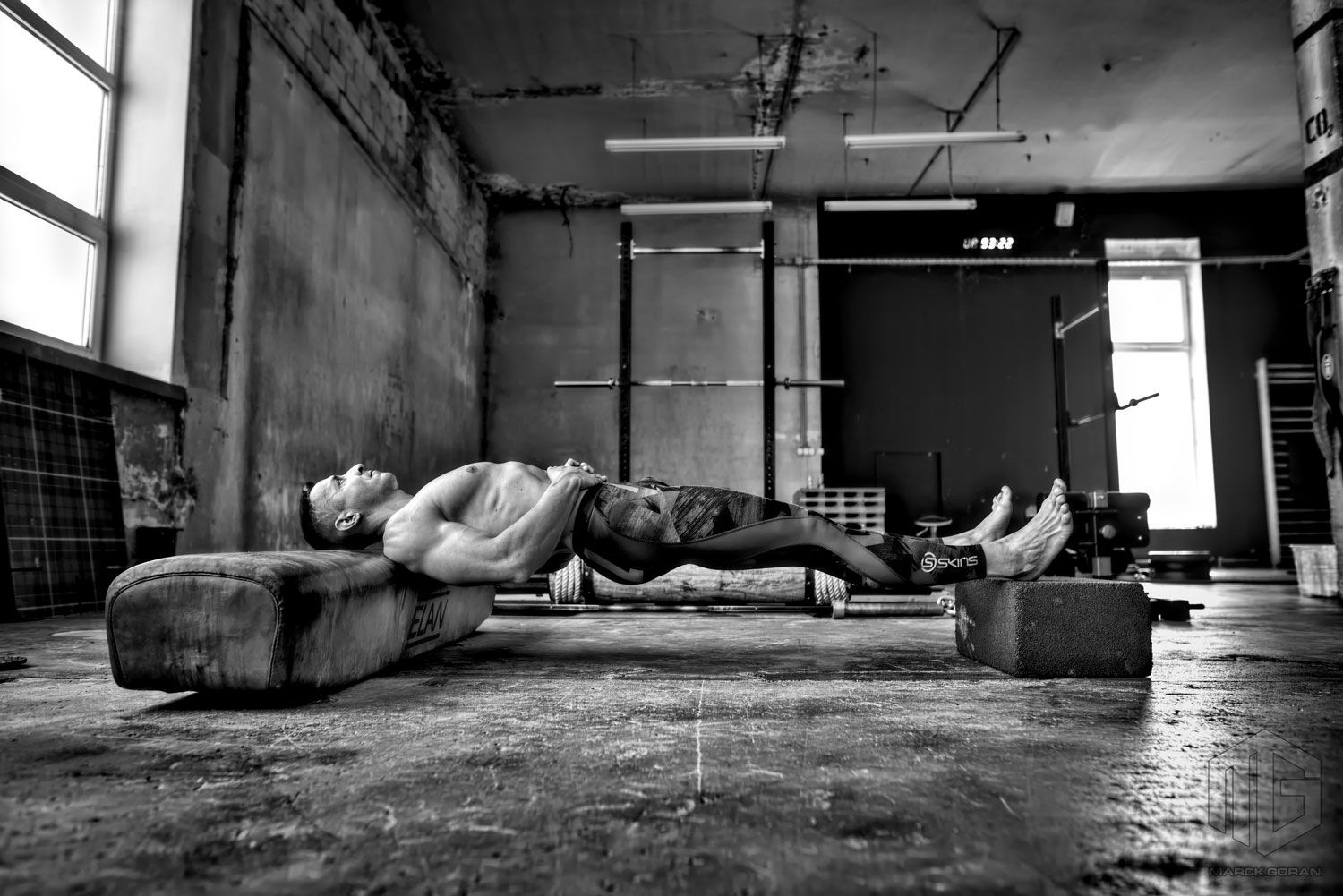 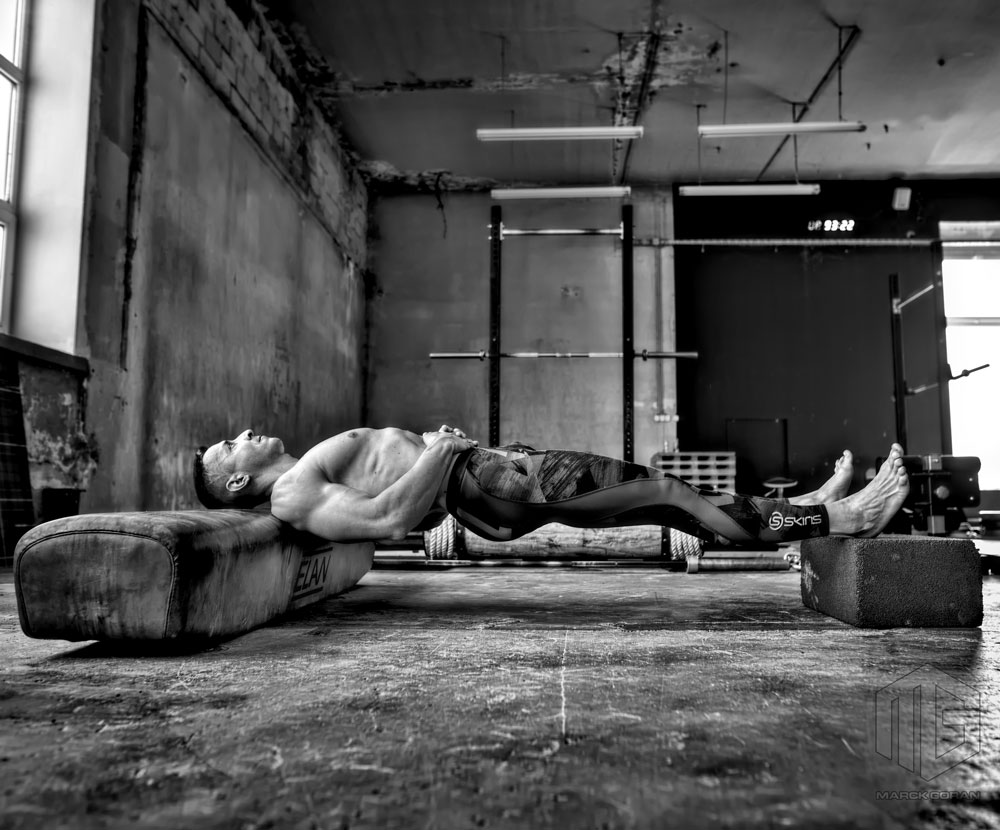 If you can think of a common reason or excuses to bail out this boringly simple exercise then you really are beyond help to improve at this time. You need to basically just lie flat, suffer through a short hold while you watch TV or swipe through social media on your phone. Get your act together or pay someone to kick your lazy ass to get moving. That demi-sapiens & non-fit creature rank obviously exists for valid reason.

I have no idea who came up with this Chinese plank name but I did tweak the rules to my liking which makes the hold slightly more challenging. I always enjoy helping you work harder as an antidote to your talent for doing things easier. There is no cure for me being like that or maybe that is the cure.

If you forgot what the rules are please check the beginning of the article. Don’t try to read the rules with closed eyes, that only worked for me because I wrote them. Rules 2 and 4 are most important but nothing beats rule 5. Yes I am trying to be funny.